The gearbox carrier made by me, and now black passivated. 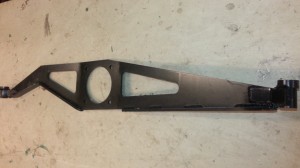 Some new stuff. At first, rear hub. I will have the other one made by these measures. 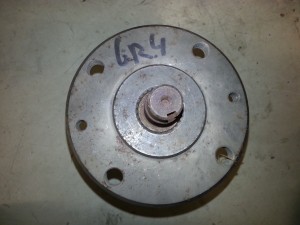 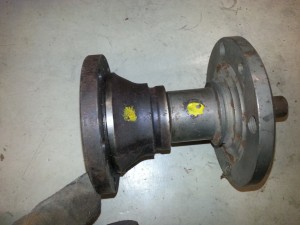 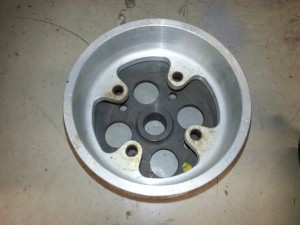 Now I have this done, had to make a welding jig for it. But now its exactly as was the sample I got, except the holes are like originals had. 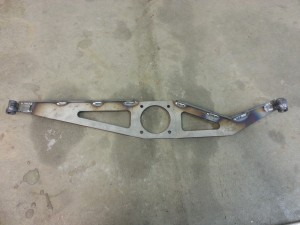 Almost a year and nothing new here!! But there is! 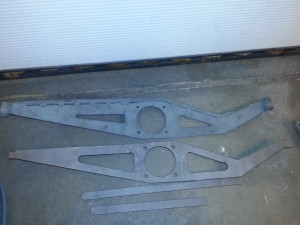 On top is Italian replica, on bottom there is my own part, the Italian does the thing, but has incorrect shape of holes. 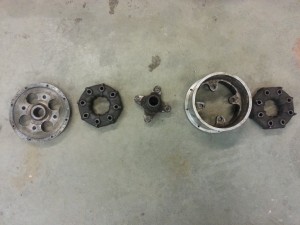 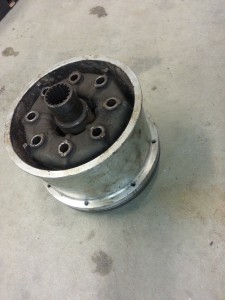 Here are pictures of the propellershaft gearbox side mounting. In the first picture you can see how its installed. The flange on left is to be bolted to the gearbox output shaft. Then you bolt the rubber, then the spline flange, then aluminum drum, then another rubber. All the power goes through two rubber guibos. The picture on right is how it looks when installed. Pretty complex structure?

I will build my car to have all works parts in drive train also.

I will use original Cima 168 dogclutch gearbox. I found one which suppose to be ex. Ulf Gronholm. It has still some stains from the fire. If you didnt know, Ulf Gronholm and his copilot Bob Rehnstrom died when their works 131 Abarth g.4 crashed on front of a truck. The gearbox was in decent condition. It came with new bearings to put it together. There was missing correct rubber donuts for propeller shaft. I do have pair of correct old rubbers, and the correct flange for them. The flange is worn so bad it needs to be fixed or remade. The aluminum drum around them is coming from Netherlands later this spring. 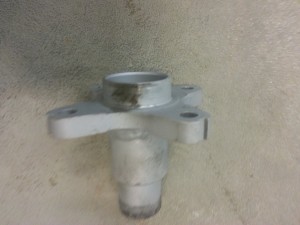 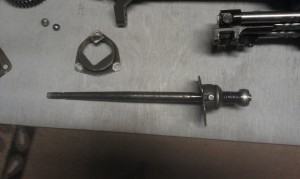 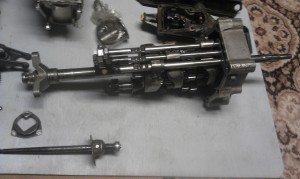 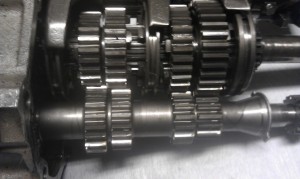 The gearstick is correct, as is the stick extension. The rubberdonut is incorrect in this picture. The extension has been cracked, propably due the crash. Its been welded together and works fine. Works donut has eight boltholes, this one in the pictures isnt correct. 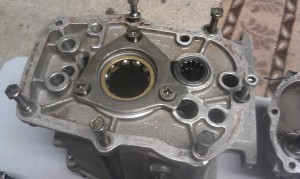 The core is magnesium. Its propably casted from same moulds, but they have been specially machined to fit Cima parts inside. 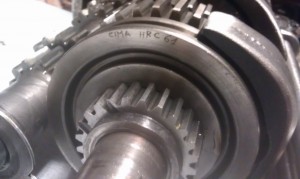 Cima text can bee seen in all parts.

I will also have correct works differential. They used several versions, and I have the latest one with large CV joint flanges. The LSD has been maintenanced at factory for three times! You can still see the dates carved in to it. The ring and pinion is broken, but I will get new in few weeks. I dont know what I will need actually, but propably 4,8-1 5,38-1 and 6,1-1 would be nice to have. 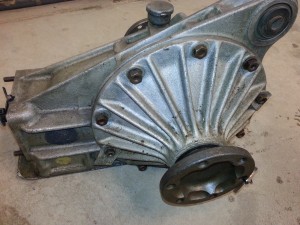 The ring and pinion had teeth failure. Otherwise it was in good original condition. 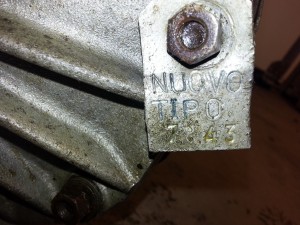 It includes original badges too. Nuovo Tipo means New Type. It propably mean the larger flanges. The LSD seems to be from one of the works team cars. I think these carved markings are the dates the LSD has been maintenanced. 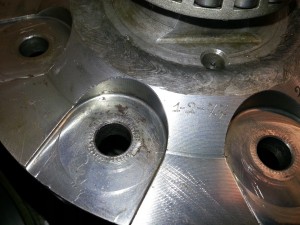 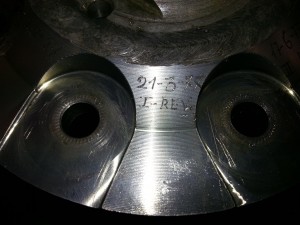 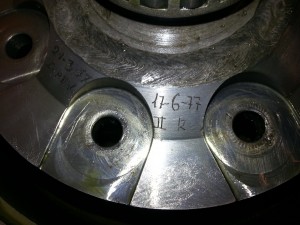 1 thought on “Gearbox and drivetrain”