This G4 car started its career as works team car at Giro d´Italia at 1976 by Giorgio Pianta. After that it  was driven by Maurizio Verini in couple of rallies. It was used also as a test car for 1978 Rally of thousand lakes.

What makes it really interesting is, it was used for a Fiat promotional movie “Rally Show”. It was driven by Remy Julienne in Thousand lakes rally at 1978 for to get material for the movie. The driver was well known French stunt/show driver who has been coordinating massive Hollywood production stunts. In the “Rally Show” they jump over a train with TOP 06217.. Of course I do have the film. 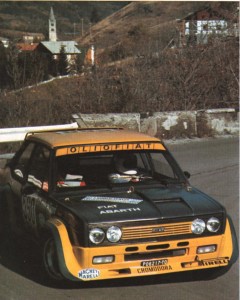 This picture is from Giro d´Italia 1976. Notice the odd colours of the car and also the front spoiler extra holes. The grille is also unusually painted with yellow colour. 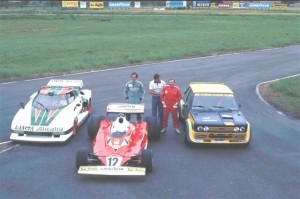 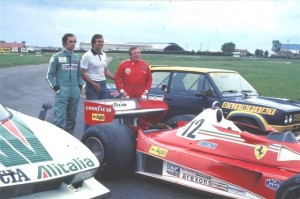 These pictures seem to be from some kind of promotional gathering of all Fiat owned race cars. The leading cars at the time, Lancia Stratos, Ferrari F1 and Fiat 131 Abarth.  The man with red uniform is Abarth test driver Giorgio Pianta. 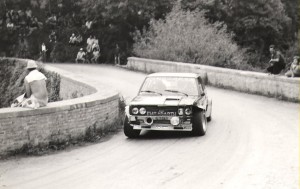 This picture is from Coppa Liburna september 1977. The driver is Maurizio Verini 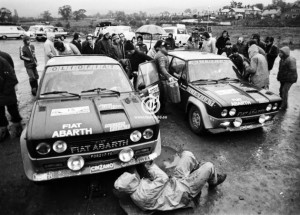 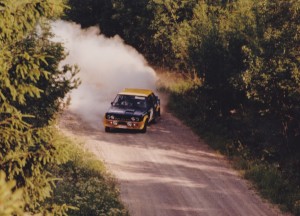 Alen rallied a lot at those times. If he was not driving at international rallies, he raced at some local rallies. This picture is from Sveitsin ralli 1978 in Finland. Im not 100% sure this is TOP 06217, but in Finland the local dealerteam didnt drive with Oliofiat colours, and I know TOP 06217 was in Finland in this summer. So, its pretty good guess the car is G4. 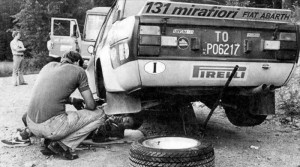 Factory team was testing the Thousand lakes cars at 1978 in Finland. This picture is taken in that test session. When they drew the car in the actual rally, it was driven by Remy Julienne and it was painted to different colours. It had red/white colours on it. 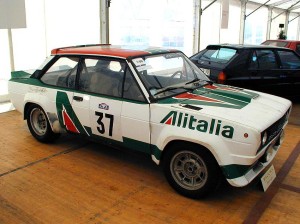 Approximately at year 2000 the car was for sale in rare cars auction. I think it was kind of a barn find from France when it came for sale in auction. If I know correctly it was sold to United Kingdom. There it was sold to present owner to Portugal. At the moment car has gone through a restoration and is in Alitalia colours. Note the std car seats inside!

Im missing a lot of the history of this car, so please help me to find where and when it was rallied.