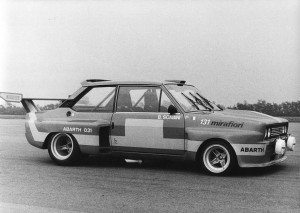 1974 the rallycar FIAT uses in rallying is reaching it’s end.The 124 Spider is no longer competetive and a successor is needed.

In 1975 the factory starts the program for a shot at the world rally title.Based on the chassis of a 131 mirafiori Special is build a prototype called:SE031.Much modifications are made to ensure a light yet powerfull car. Driven by Giorgio Pianta and Bruno Scabin this car ended up winning the 1975 “Giro d’Italia”.First time a 131 mirafiori rallycar participated in a race and it won immediately,leaving Lancia’s,Porches and other makes far behind.Showing it’s enormous potention for the years to come. 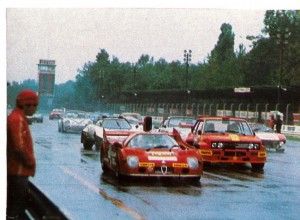 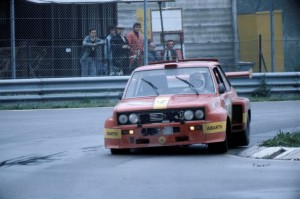 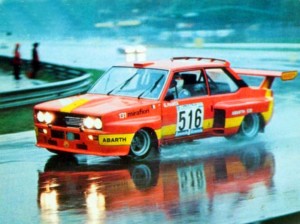 Under the bonnet the strong V6 engine from the FIAT 130.The standard 3-litre engine is modified by Abarth and raised to 3,5-litres.Making use of three 48 IDF  Weber twinchoke carburators this unit delivers 270 bhp at 6800 rpm ending up with a topspeed of 260 km/h.The 031 is the only mirafiori ever fitted with this powersource.

Directly fitted to the rear-axle is mounted the five-speed gearbox direved from the DeTomaso Pantera.This distributes the weight.

Suspensions are independent and can later be found in all of the group 4 rallycars. Fitted are very wide 15” Pirelli tires to ensure the car having a wonderfull gripp on both tarmac and gravel.To brake the car has discs all around.

To house the enormous wheels and engine,FIAT turned to Bertone,the factory responsible for this futuristic bodywork. Made of mostly glassfiber,aluminium and plexiglass (only the windshield is made of real glass) the weight is brought down to 1120 kilo’s.

Lot’s of air-intakes and spoilers are added to ensure an effective airflow.

At the very moment the car is restored in it’s full glory by Giuseppe Volta.Mister Volta was engineer with Abarth during the 70’s and has restored many FIAT and Lancia rallycars. 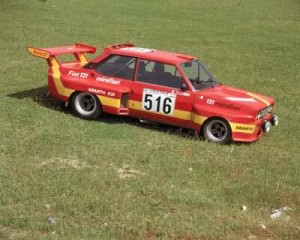 Car is now at Giuseppe Volta going through full restoration. Here you can see nice pics of it. These pics are from Auto Italia Jan/2001 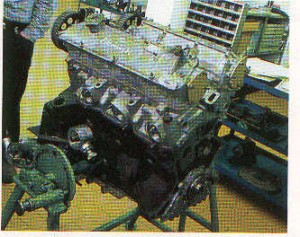 I was lucky to be contacted by mr Volta himself. He gave me these pics for my site:

As you can see, its in good shape now. 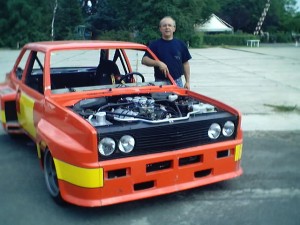