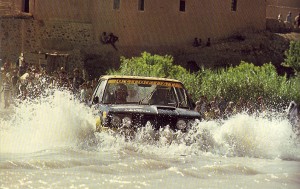 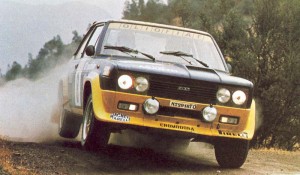 TON 72918 was used by Markku Alen and Ilkka Kivimaki in their first international rally, Rally du Maroc 1976. They finished 12th. Alen was only one finishing the rally, both Verini and Bacchelli had technical failures. This plate hasnt been used in any other rally before or after. It is really weird most of these -76 license plates were not used ever after. There is two things coming to my mind. First, they did use the same cars with different plates later. Or, maybe more likely, they sold these as for customer cars after they used the cars once. I have no knowledge which cars the Spanish team cars, and Belgian Didi´s first car was originally. Maybe they were one of these early cars.